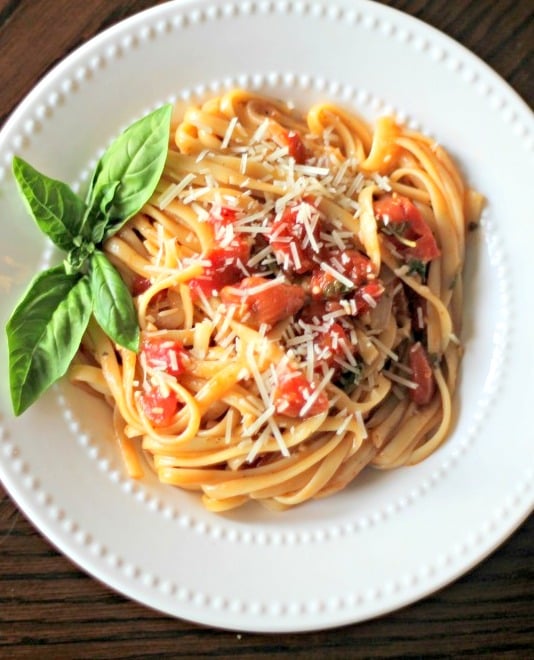 When I saw this recipe a few months ago, I was very skeptical.  I mean, I have never seen a pasta dish cooked in 1 pot, without even having to strain the pasta.  However, if Martha Stewart is putting it in her magazine as an ‘amazing’ recipe, then I am going to believe that the people over there have tested it out and approved.  So, I added it to my menu plan a few weeks ago and never looked back.  A great thing about this recipe is that it’s likely you already have all the ingredients in your pantry and fridge.  It’s also very inexpensive, doesn’t use a lot of ingredients, and it’s done in under 30 minutes, which, in my book, classifies it as a quick meal.

Like I said, I was skeptical, but as this was cooking, it was literally filling my house with a delicious aroma, and it looked so good.  Not only did it look good though, it tasted ‘amazing’ , just as Martha Stewart said.  By cooking the pasta in the vegetable broth, it really took on a nice flavor and it came out with a super different texture (the pasta).  It wasn’t hard, yet it wasn’t mushy…it was pasta perfection.  I still think it’s crazy that you just throw everything into the pot and let it do it’s thing…but it works, trust me!  I have eaten a lot of pasta in my 29 years, and this was good….really good.

I’ll probably be cooking this once every couple weeks, that’s how good it was.  Try this now, you won’t regret it. 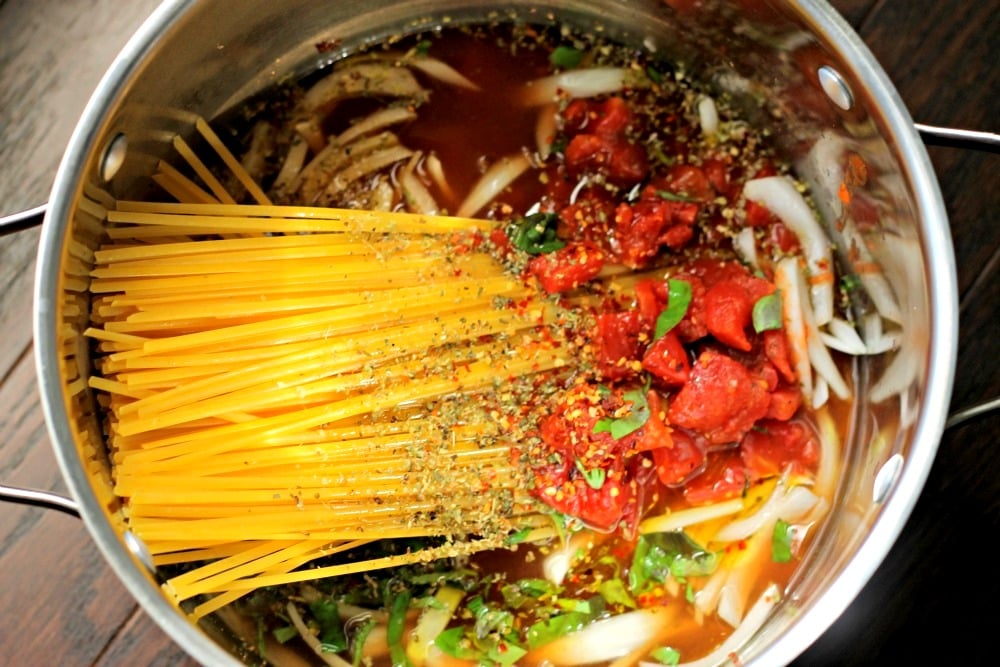 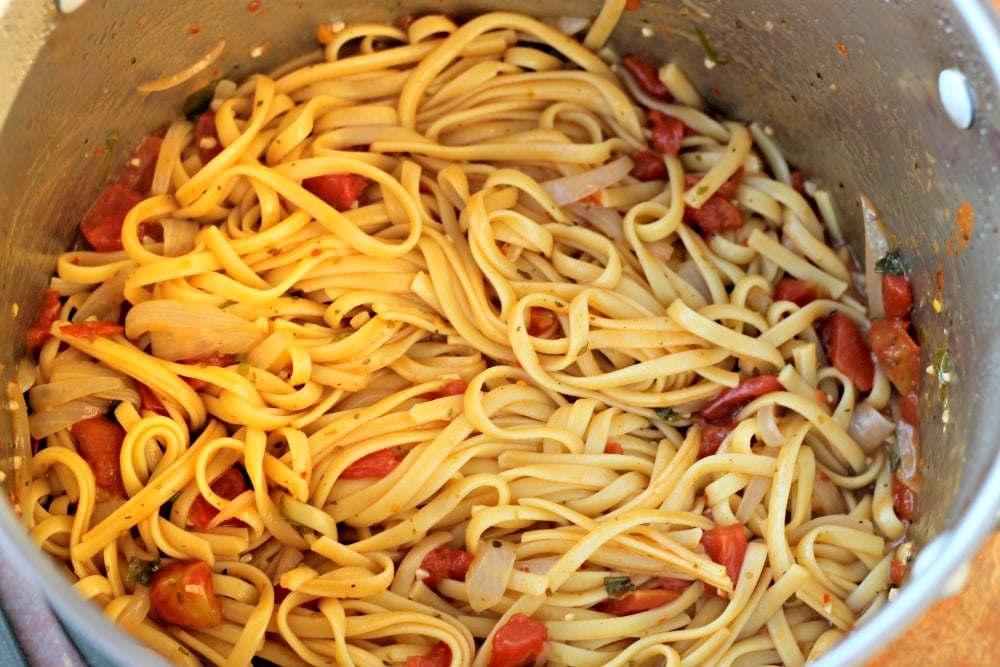 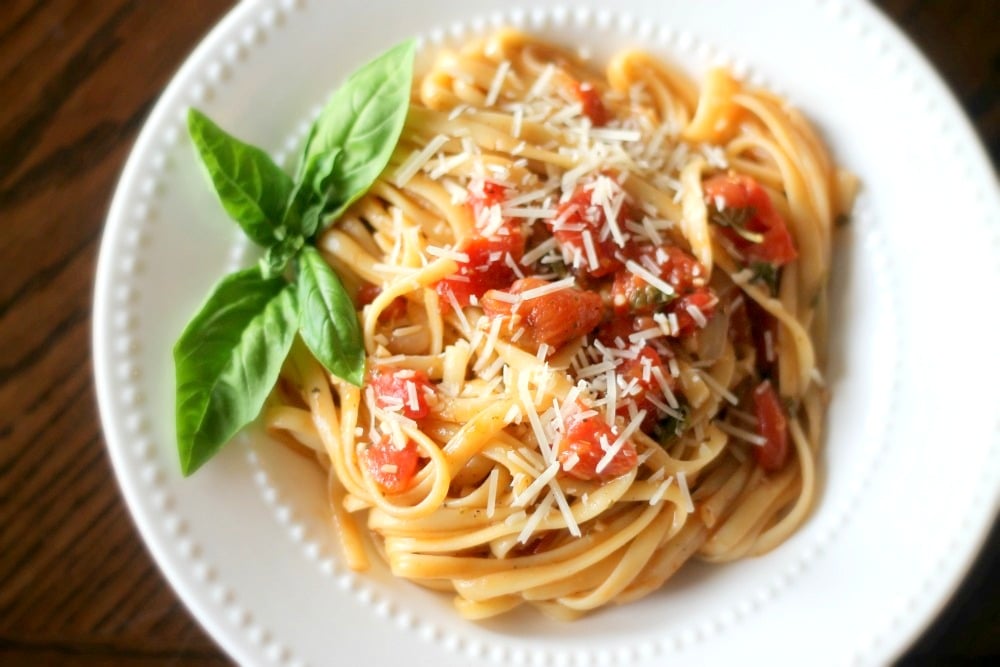 Speaking of One Pot pastas, you HAVE to get yourself a skillet/pot like the one I have – it’s amazing. No longer do I have to use a HUGE pot, and then worry about washing it, nor do I have to squeeze everything into my shallow sided skillet and have the sauce bubble over – this high side skillet is seriously made for these one pot pasta dishes. The cleanup is a breeze too – you can toss it in the dishwasher, but I really prefer to hand wash because it takes 15 seconds max, and then it doesn’t cramp up my dishwasher! 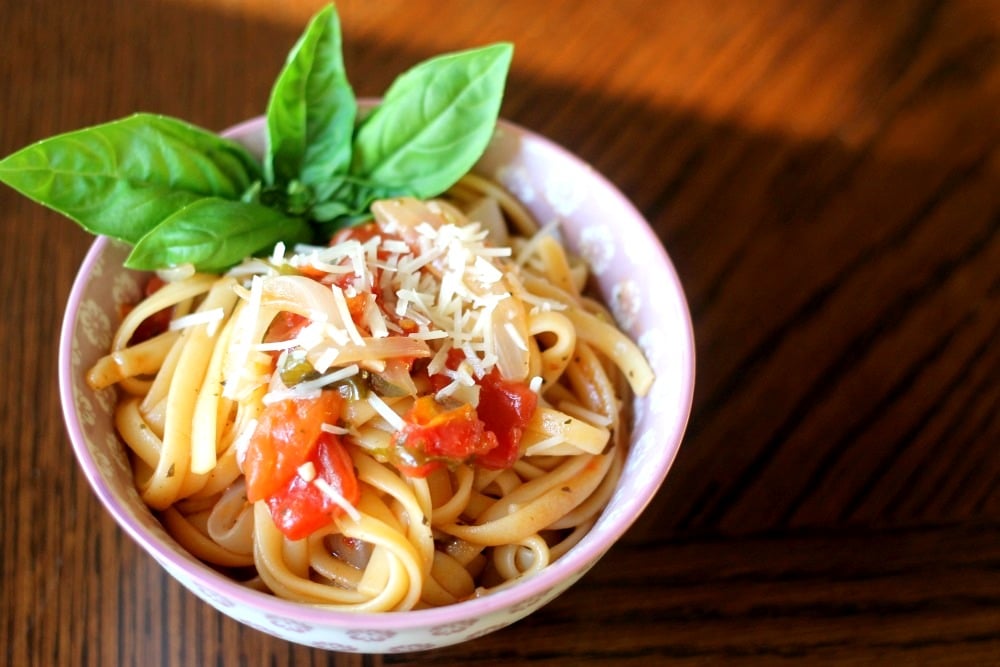 Like one pot meals as much as we do?! Check out these from Domestic Superhero 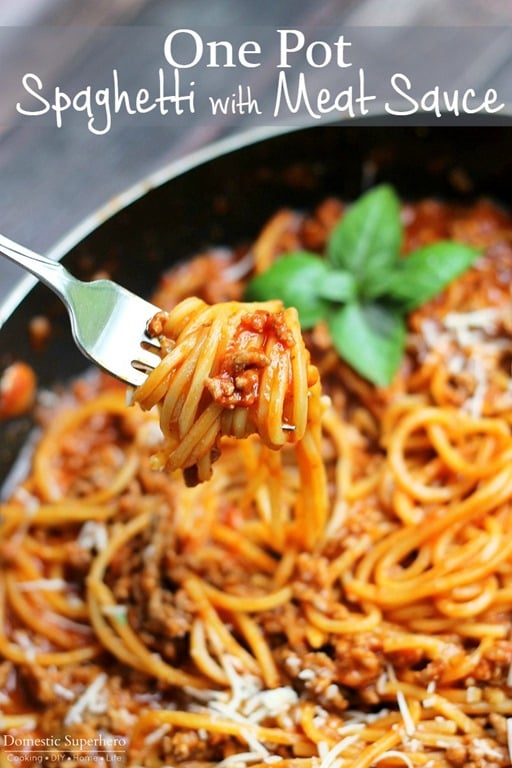 One Pot Spaghetti with Meat Sauce 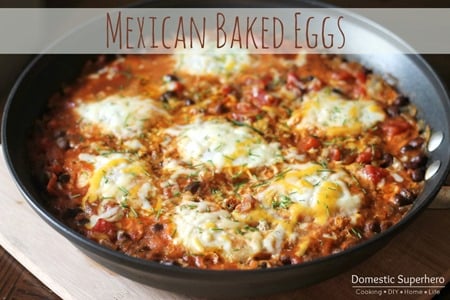 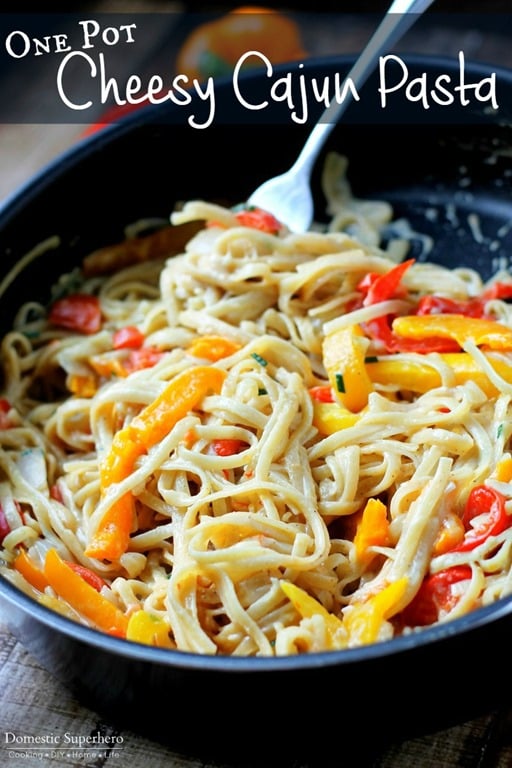