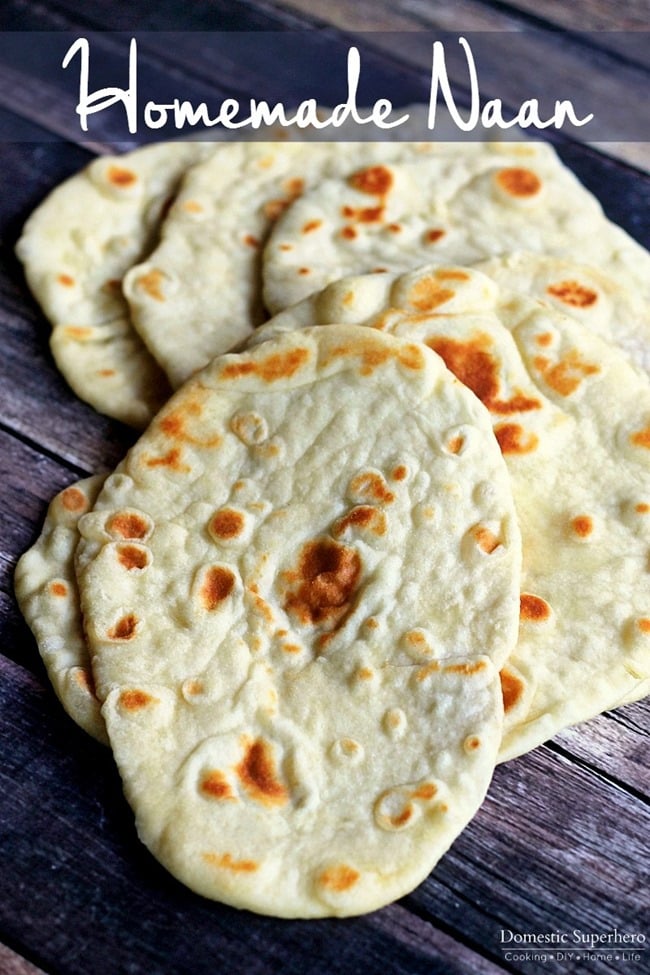 Growing up in Michigan, I had never tried Indian food; I am not sure why, but I think it had something to do with growing up in a place that didn’t have much diversity when it came to food. Once I moved to California, I started trying all kinds of cuisines, and I started an intense love affair with Indian food.  One of my first loves was naan- the perfect Indian bread is warm, soft, dipable, truly the best. I seriously loved it so much, I would seek out Indian lunch just so I could order my favorite, tikka masala, and scoop up the delicious sauce with the naan. So yum.  Over the years, I have moved all over, but I have never quit my affair with Indian food. When I found out I could actually make my own naan at home, I was astonished. I’m not sure why, but this totally blew my mind. Then I made it for the first time, and it was so so easy, I knew my love affair with Homemade Naan would continue forever. 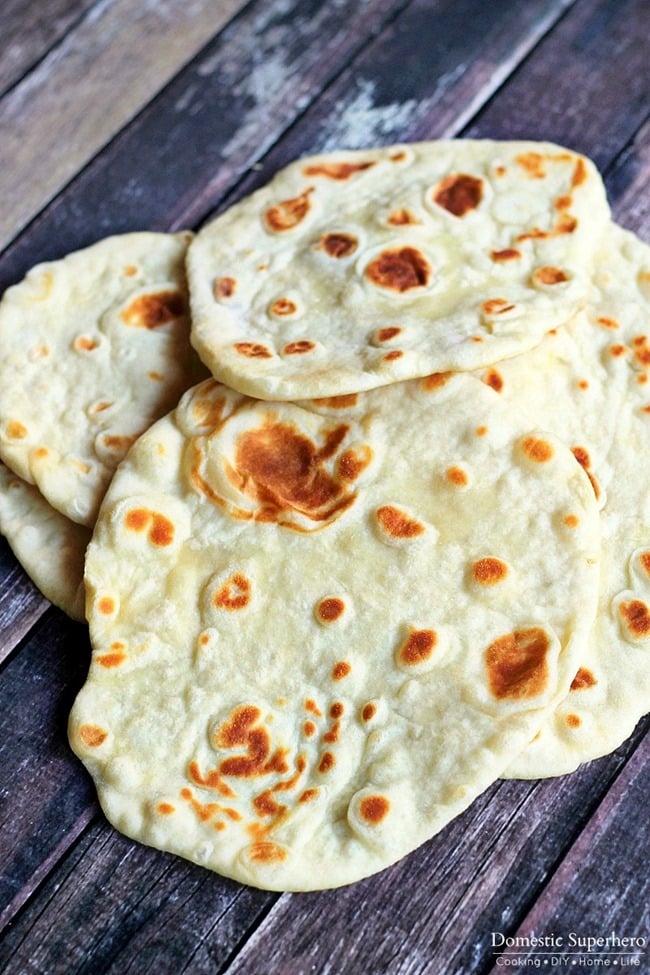 Before I bought my Stand Mixer

, I had never attempted to make ANY kind of bread – too intimidating. Then, after I bought the stand mixer, it seemed a lot less intimidating because it pretty much does all the work for you. Well, making naan, you don’t need any type of mixer – just your hands. I know, I know, it sounds difficult, but it’s not. To prove how easy it is, I let 2 kids help me make it, and didn’t even wince when they were ‘kneading’ it…but not really kneading it, if you know what I mean. This is pretty much a no fail recipe. It takes very little time, and it is SO cost efficient. Have you ever purchased those popular Stonefire Naan 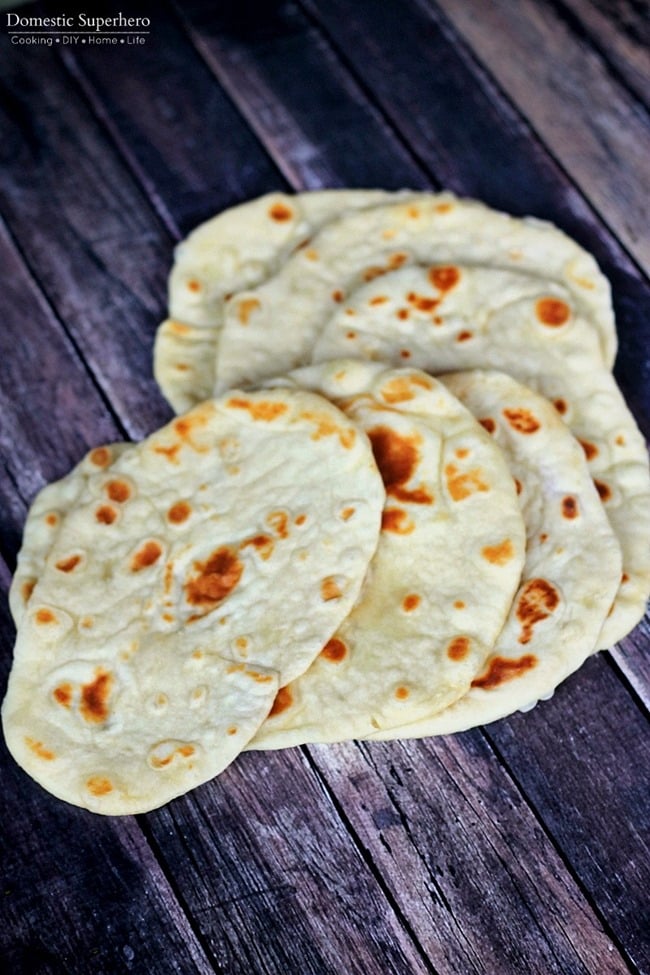 Please don’t be intimidated by this recipe – try it, I PROMISE you it’s super easy. These naan’s are not only delicious for dipping into yummy indian foods, but they are also great for making homemade pizzas, sandwiches (think pita or panini types), wraps, breakfast wraps..the options are endless! Omg, another delicious idea – warm them a bit and make a dessert naan, peanut butter and nutella!!! That would be amazing. For more inspiration, scroll to the bottom of this post!

Here are some awesome ways to use your Homemade Naan (click on photo for recipe)! 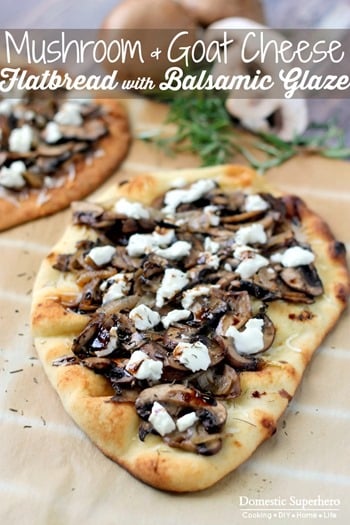 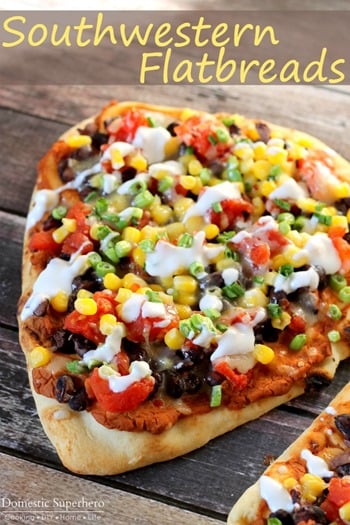 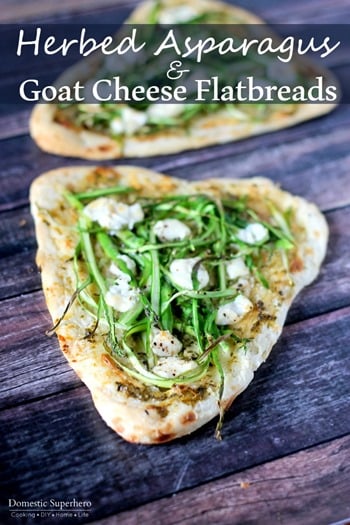