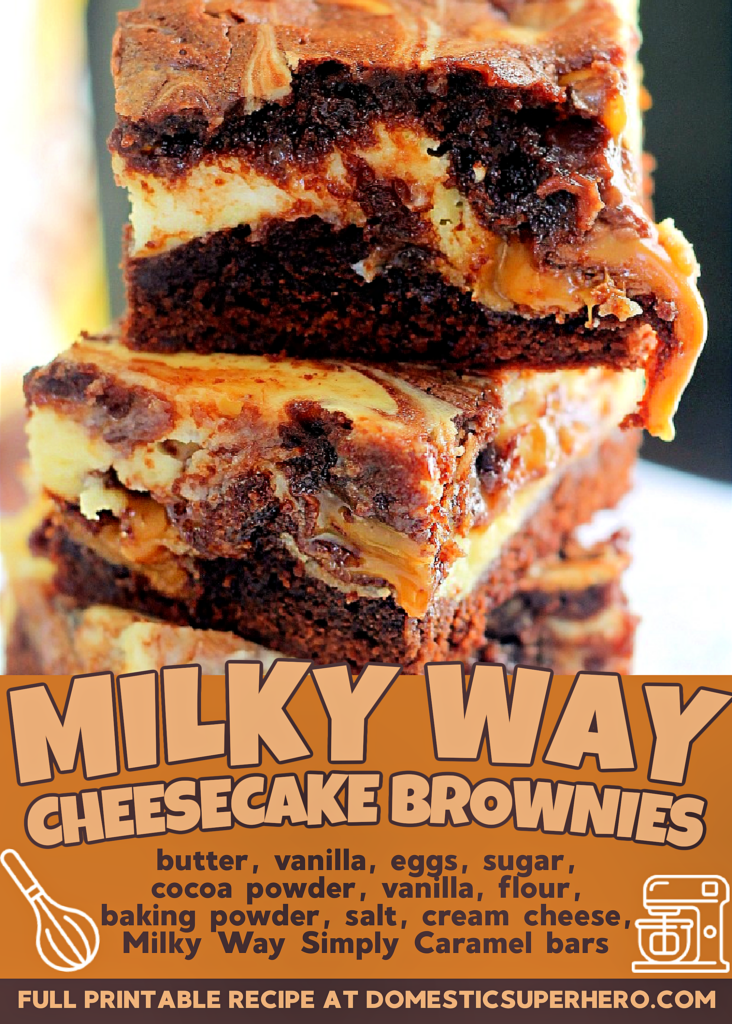 Milky Way Cheesecake Brownies are full of cheesecake, chocolate and dripping with ooey-gooey caramel! These are next level brownies!!

My very favorite dessert in the whole entire world is cheesecake. Growing up I used to ask for cheesecake on my birthday in place of regular cake, and my parents usually agreed. I loved those cheesecake samplers that featured 3-4 different types of cheesecakes, and always my favorite one would be the chocolate or caramel flavors. These Milky Way Cheesecake Brownies incorporate all of that and are always a hit!

Over the last few years I’ve become more comfortable baking ‘cheesecake’, and have made everything from 3 Ingredient Fudge to Skinny Key Lime Cheesecake Cupcakes to Sopapilla Cheesecake which is a spin on Mexican cheesecake.  I’ve never met a cheesecake I didn’t like, and I am happy to report, it’s not as difficult to make as I always thought.

While making these Milky Way Caramel Cheesecake Brownies, I kept thinking of the delicious melted caramel and chocolate, and the soft brownie crust I opted to make instead of a more plain cheesecake.  With a combo of chocolate, caramel, brownies, and cream cheese, how can you go wrong?

I’ve already unloaded a ton of these Milky Way Caramel Cheesecake Brownies to my friends and neighbors and everyone has raved about how delicious they are. These are seriously one of the best desserts I have ever made and it was so simple.

Like dessert as much as I do?! Checkout these other recipes: 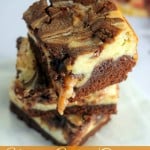 Milky Way Cheesecake Brownies are full of cheesecake and dripping with ooey-gooey caramel! These will be a hit at your next party!