I like peanut butter and I feel like most people generally do, too.  My son is a HUGE fan of peanut butter, and recently I caught him trying to eat it straight out of the jar (See Exhibit A below).

I usually buy the creamy kind with nothing added to it...just peanuts, and sometimes salt.  I don't really understand the point of all the additions most PB's have, because it is so delicious already.  Kroger actually has their own brand that is pretty good, with no added ingredients.

Anyway, I had been wanting to make homemade peanut butter for a while, and I found a great article on how to do it.  Little did I know, I could just use my handy Food Processor

to get the job done.  Before reading the article, I would have thought that it would be necessary to add oil or something, to get the peanuts to turn into a creamy butter, but it's not.  You don't have to add anything, which I love.  The processor first grinds the peanuts up, and after a minute or so it forms a giant lump.  Then, after this lump gets thrown around in there for a few minutes, it starts loosening up, and eventually turns into the creamiest peanut butter.  For me, it took about 3 minutes from start to finish (but the article I read said 5 minutes, so it may vary on type of food processor). 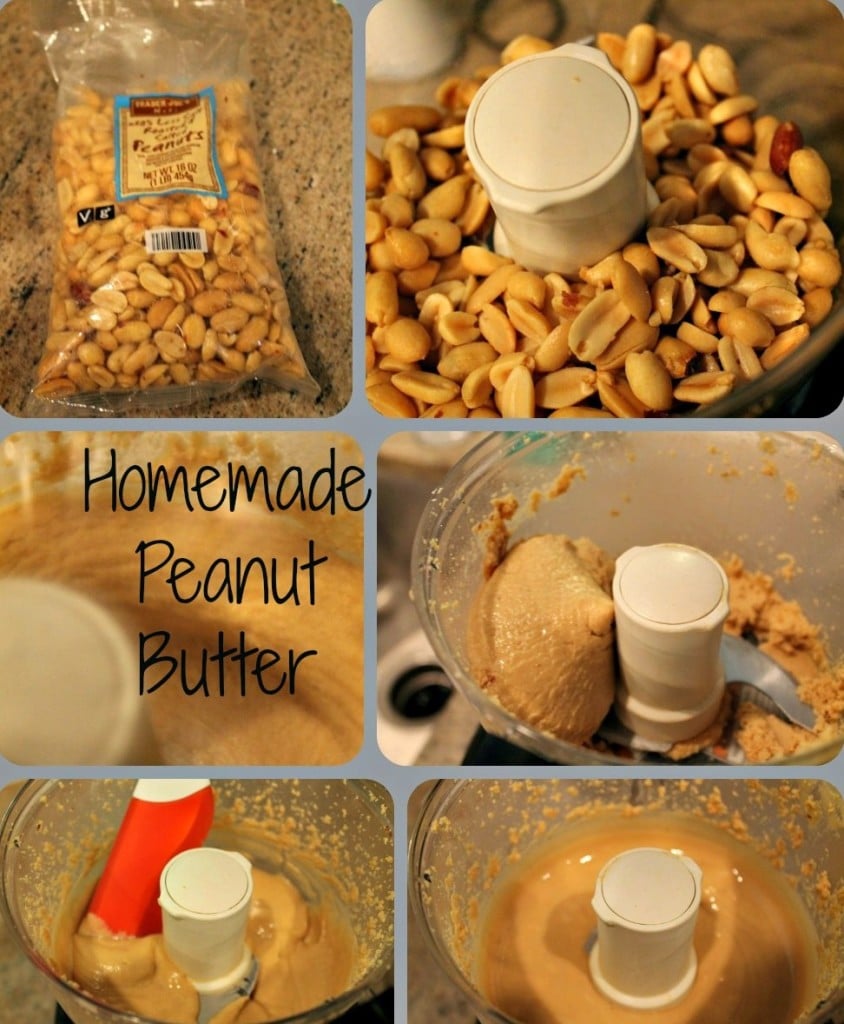 Naturally, the second my son spotted this peanut butter, he lost it.  He had to have it, and was trying to reach a spoon into the food processor's bowl and scoop it out.  I used a spatula to get all the peanut butter out, and then let my little guy lick the extra peanut butter off the spatula (some kids like brownie batter, he likes PB!).  He was in heaven! 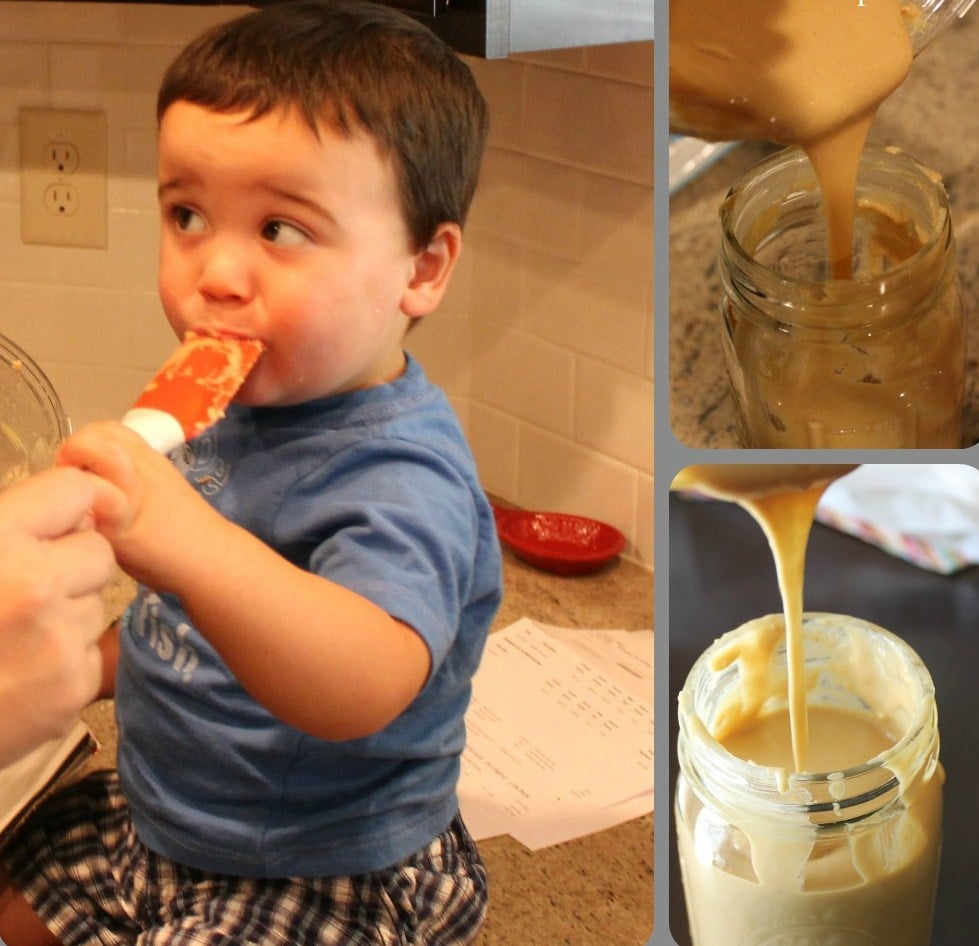 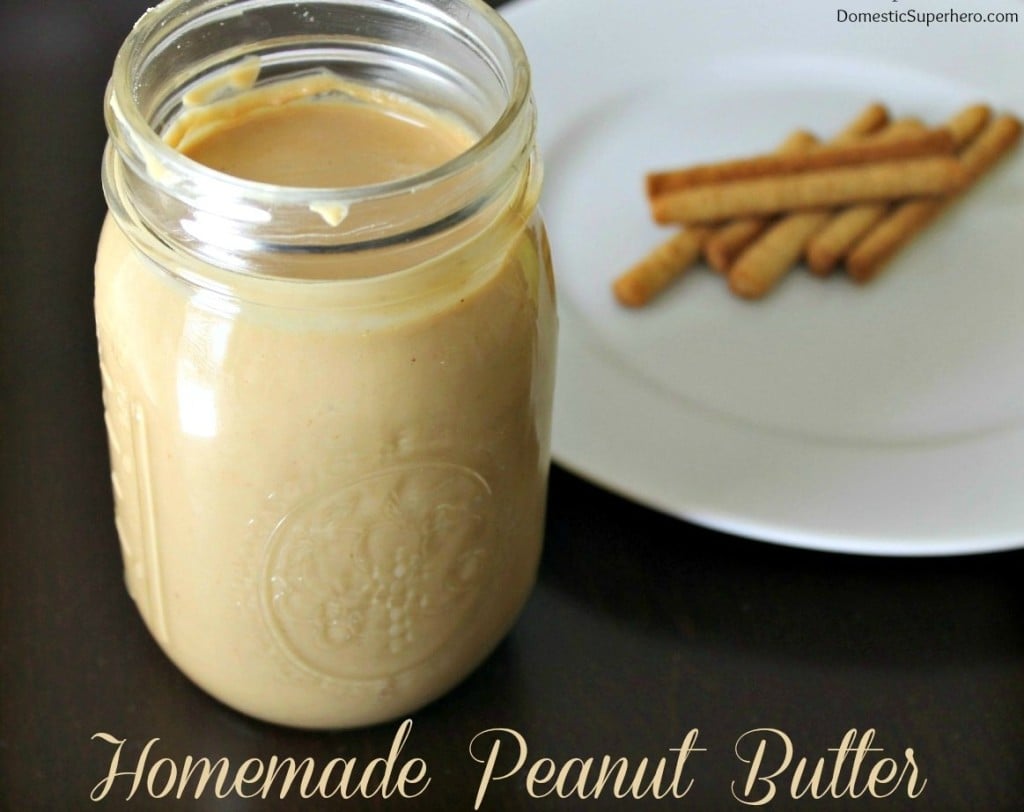 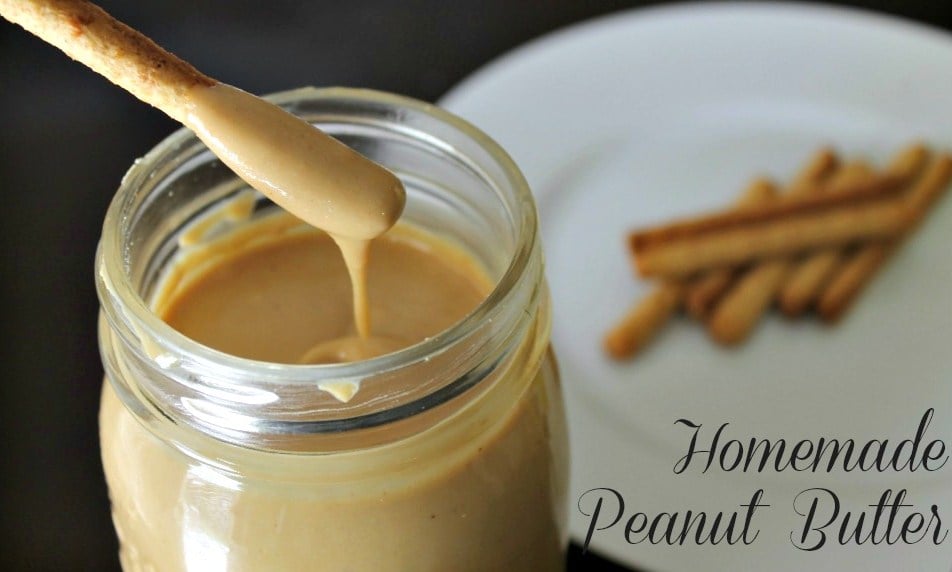 I put the peanut butter into a mason jar, and popped it in the fridge.  It was very runny (and warm) right after i mixed it, but firmed up to a normal consistency after being cooled in the fridge.  No oil has separated from the top either, which is cool....why does that happen on some types of peanut butter?

This wasn't really cheaper than buying it, but that's okay with me.  The nuts were under $4 at Trader Joe's and that was it! 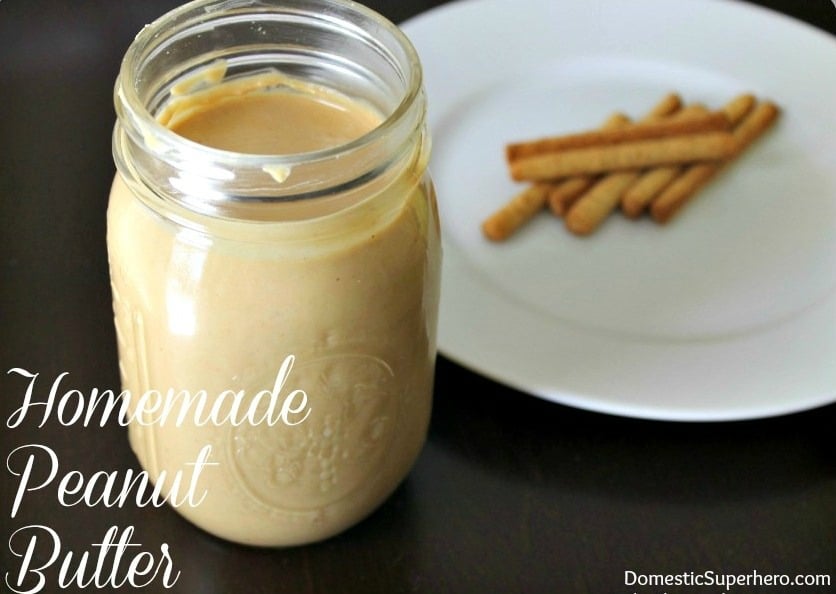