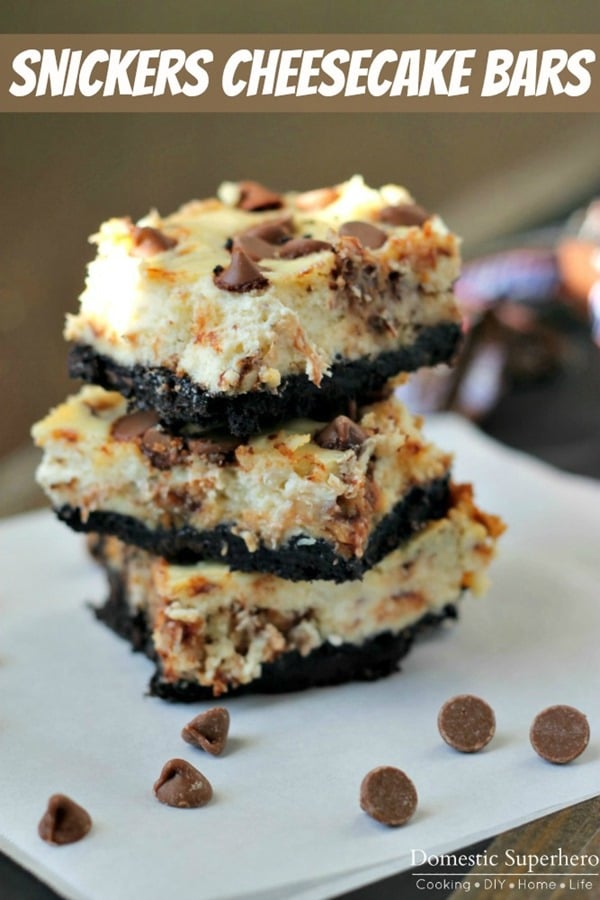 One of my all time favorite candy bars is Snickers. I also love Twix and Caramello….I think as long as it has caramel, I like it.  As for desserts go, cheesecake is my ultimate favorite. When I was little I used to request a cheesecake instead of a regular birthday cake.  Sometimes my mom would pick up on the the kinds that had all the different flavors…a sampler cheesecake. I would be so happy, because I love cheesecake…every. single. kind.  Later in life, when I started baking and cooking, I always shied away from making cheesecake. I am not sure why, although I think it was probably because I was too intimidated by it.  How could I replicate the most delicious, perfect dessert?  I never even looked into how it was made, because it just seemed impossible. 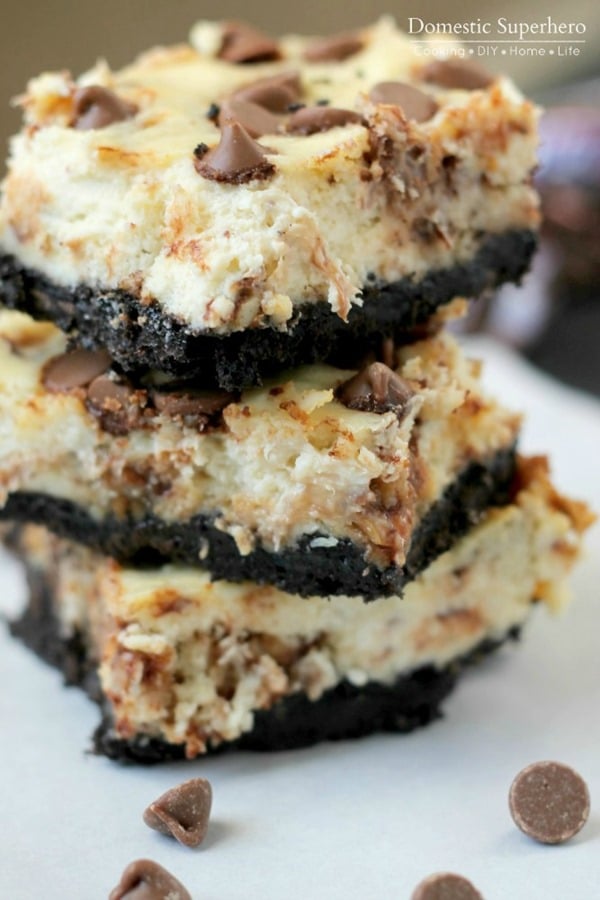 When Pinterest started getting popular, I would see different cheesecakes popping up everywhere. Cheesecake cupcakes, double layered cheesecakes, cheesecake bars….’how hard could it be?’ I wondered.  Finally I decided to tackle my first cheesecake dessert, Sopapilla Cheesecake.  Now, this was a little bit of a cheat, because the ‘cheesecake’ was actually just a filling, but I would later find out that the mixture for the filling, is the same basic filling in regular cheesecake. I went on to make Cookies & Cream Cheesecake Cupcakes, Skinny Mini Key Lime Cheesecake Cupcakes, and Chocolate Almond Cheesecake Bars…all of which were not difficult. Some more tedious than others, but I wouldn’t say any were hard. 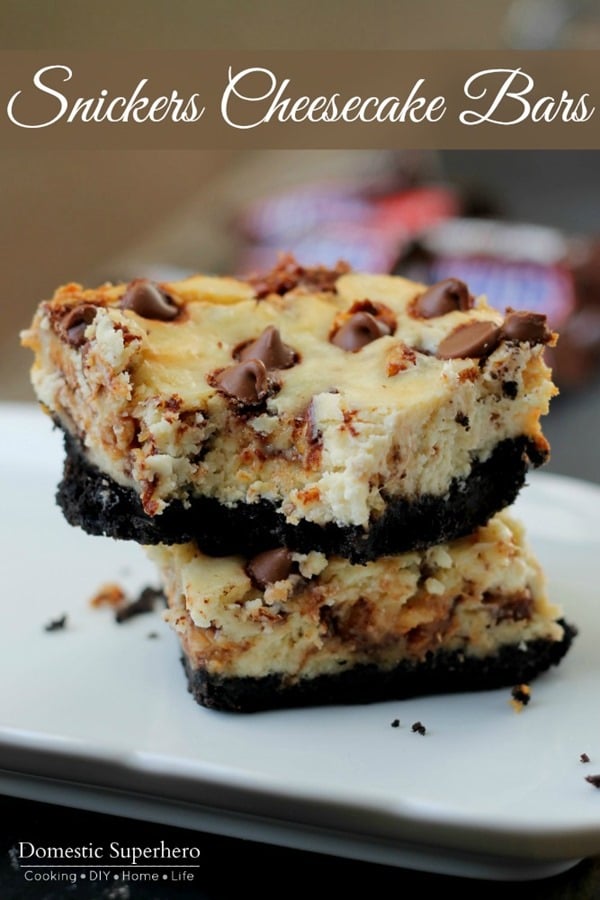 Moving on, I decided to combine my 2 favorite treats: Cheesecake and Snickers.  How could I go wrong? I decided to make them on an Oreo crust, but I think they would be equally delicious on a graham cracker crust as well.  It can be made the same was as the Oreo crust, just with graham crackers instead.  The end result of these Snicker Cheesecake Bars was soooo delicious. It was hard to get a picture that did them justice, because they get so messy when you cut them up (or maybe I just need a better knife?).  Trust me, you want to make these.  I wasn’t even going to post these for a few weeks, but I had such overwhelming feedback when I posted a teaser picture on my Facebook page, that I felt like y’all needed this recipe ASAP. 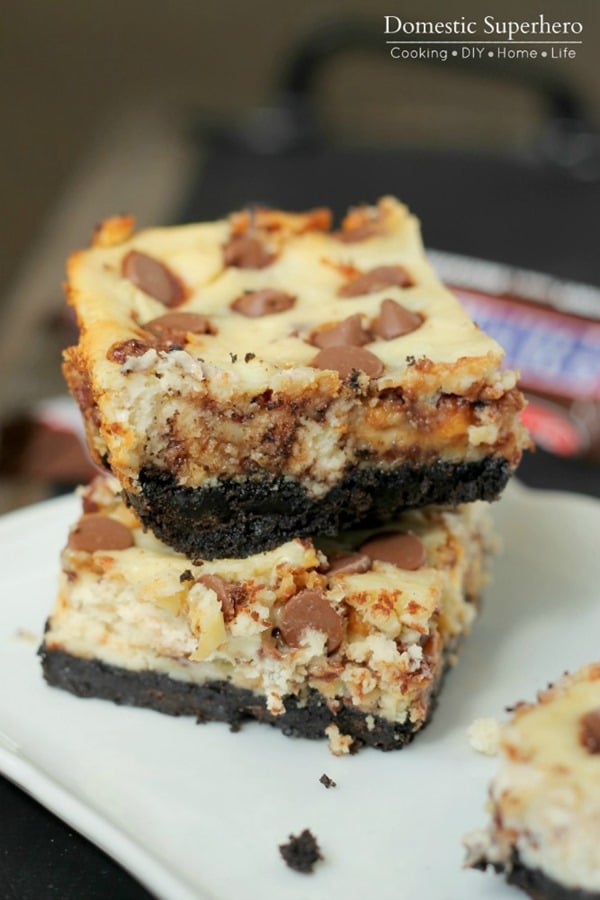