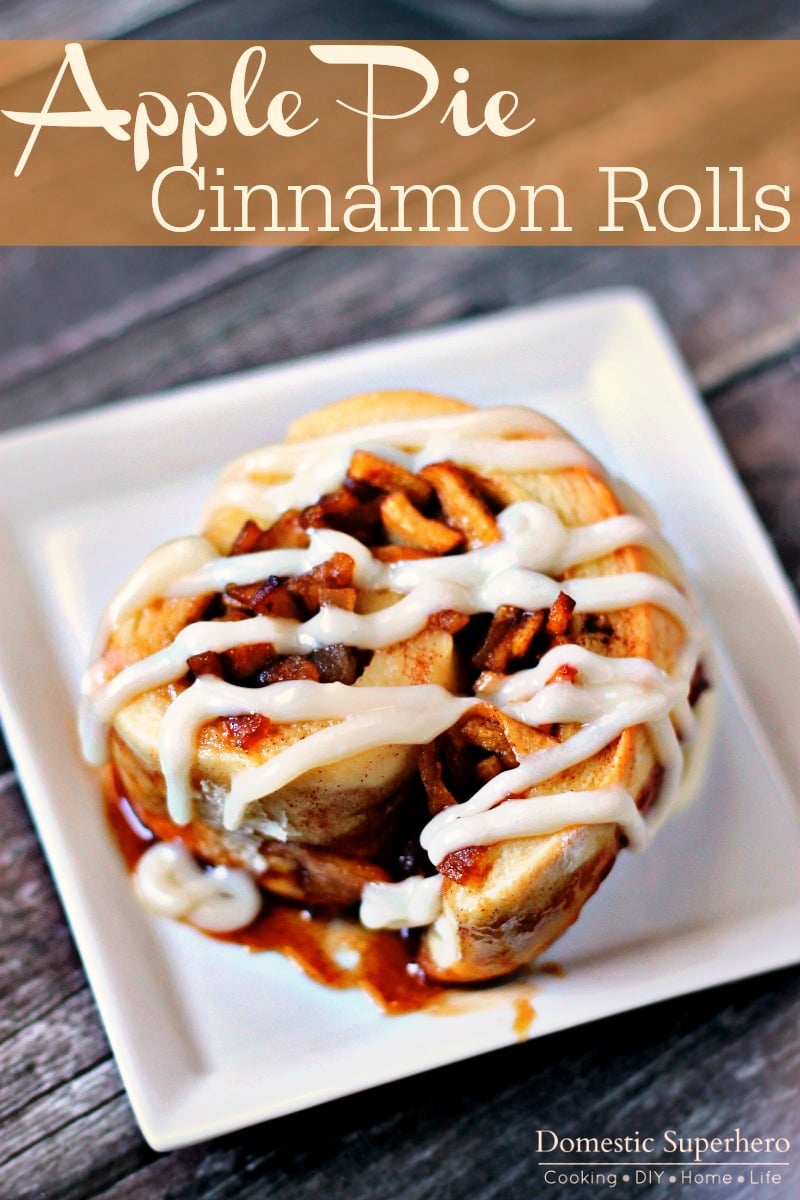 Let me start off by saying, I’ve never made cinnamon rolls from scratch, nor have I ever attempted to make them. This was my first attempt.  Being that is was my first attempt, it came out great, but I definitely made A LOT of mistakes along the way.  For the longest time baking any sort of bread really intimidated me, but then I got my stand mixer and I figured I would be wasting it if I didn’t use it to make bread. I started off easy with pizza dough, and worked my way up to other breads (love me some bread bowls!).  I realized that I was being silly and shouldn’t have been so intimidated by making bread.  I mean, the worst the happens is that it doesn’t come out right, and then you are out a few bucks on ingredients…there are worse things in the world, right?  I am telling you all this, because I get so many comments and emails from people telling me that they were too scared to bake bread or attempt anything with yeast until they tried making *insert awesome recipe here*.  They tell me that they wished they would have started sooner.  Well, I wish I would have started attempting cinnamon rolls sooner because while they aren’t difficult, they definitely take some practice!  Lucky for me, I have awesome family and friends who will eat up my ‘practice’ rolls! 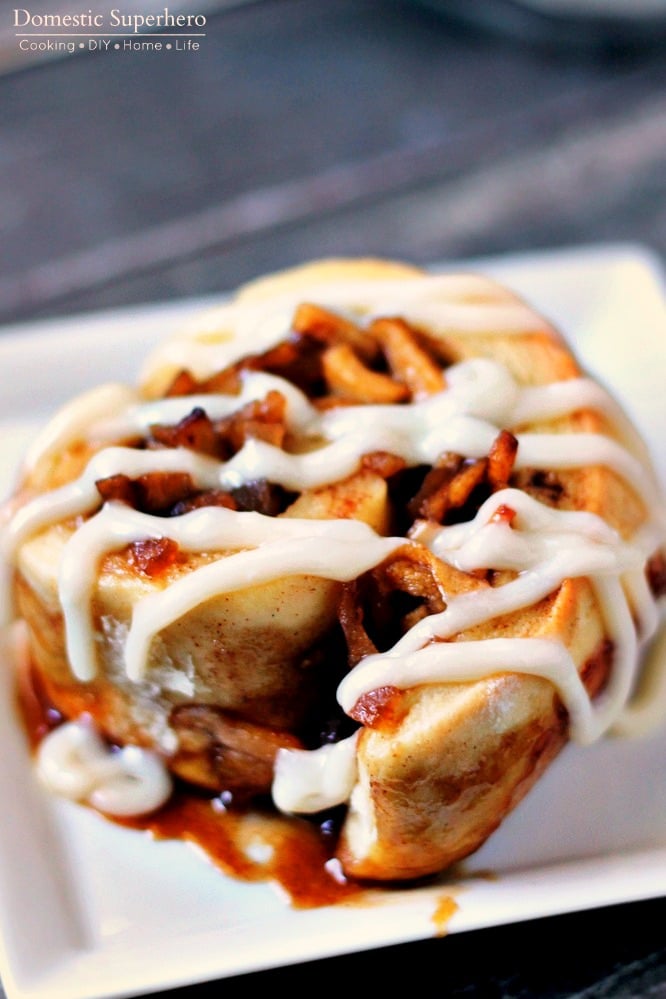 I decided to make these Apple Pie Cinnamon rolls because I felt like they were a perfect reflection of a cool fall morning. It is exactly what I would love to eat on Saturday morning after rolling out of bed, getting cozy under a blanket and pouring a hot cup of coffee (flash forward to 2 kids and this never happens anymore). Attempting to make these was a great idea, however, it wasn’t such a great idea to try them out while my husband was at work and I was in charge of a crazy toddler and psycho baby.  Baking and the 2 crazy kids just do not mix at this point.  The recipe said ‘let the dough rise for 2 hours’….how about 9 hours? Because after I made the dough, the first chance I had to get back to it was NINE HOURS LATER.  ‘While the dough is rising, make the filling’….I started the filling a little while later, and let it simmer for at least an hour (as opposed to the quick sauté the instructions call for) , which resulted in very, very soft apples…but at least they didn’t turn into applesauce (though, I probably could have mashed them easily into sauce).  Then, I am pretty sure I added at least triple the amount of apples to my rolls as I was supposed to, because instead of being neat and pretty with apples peaking out of the inside, the apples were oozing out EVERYWHERE and making a huge mess.  Now, while I had a multitude of ‘issues’, and my rolls don’t look so pretty, they still turned out delicious. I mean, I would have thought they would have been disgusting (which I warned my husband about before he tried one), but they weren't.  What I am trying to say is that even if you think you can’t do it, even if you mess up 100 times along the way, it is still worth a try. I could have easily thrown this all away halfway through, but I am glad I didn’t because they were delicious! 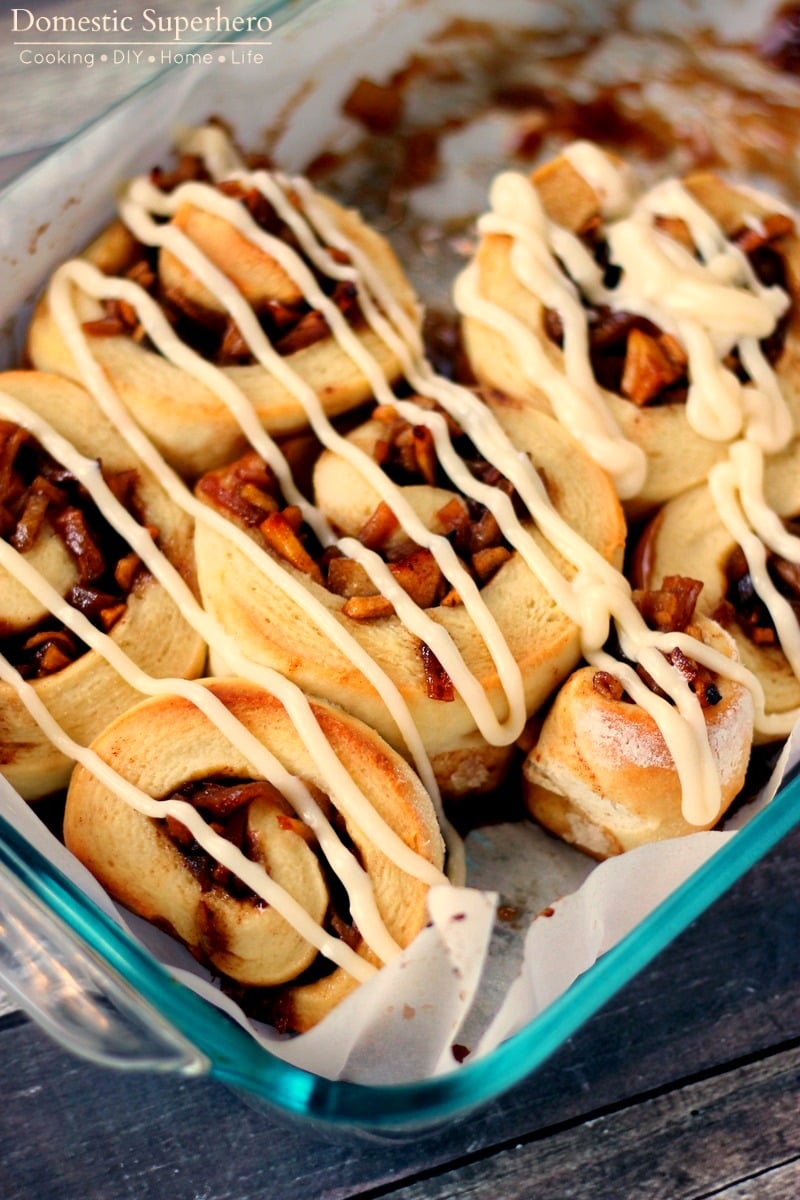 So even if your Apple Pie Cinnamon Rolls turn out looking like the above picture, it’s okay! This is definitely not a ‘perfect’ food blogger photo, but lets be real, hardly anything turns out like how you see it on Pinterest and on the gorgeous pages of your favorite food blog, right? So make these, and enjoy them! 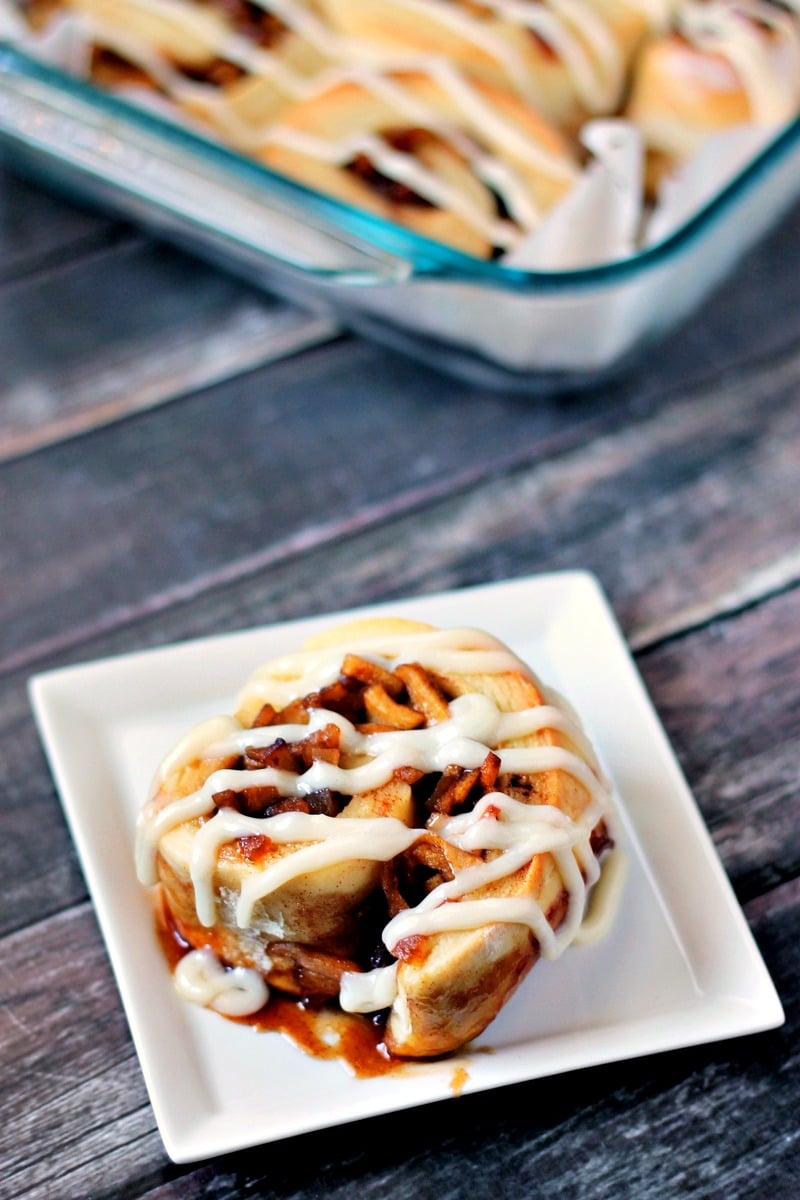 Interested in trying these out? You can find the recipe and step by step directions over at The Hopeless Housewife! Hopefully my next attempt will be prettier, but I am not sure they can get much more tasty!

My son was crazy about them too...he tried snatching it off the plate while I was photographing it! 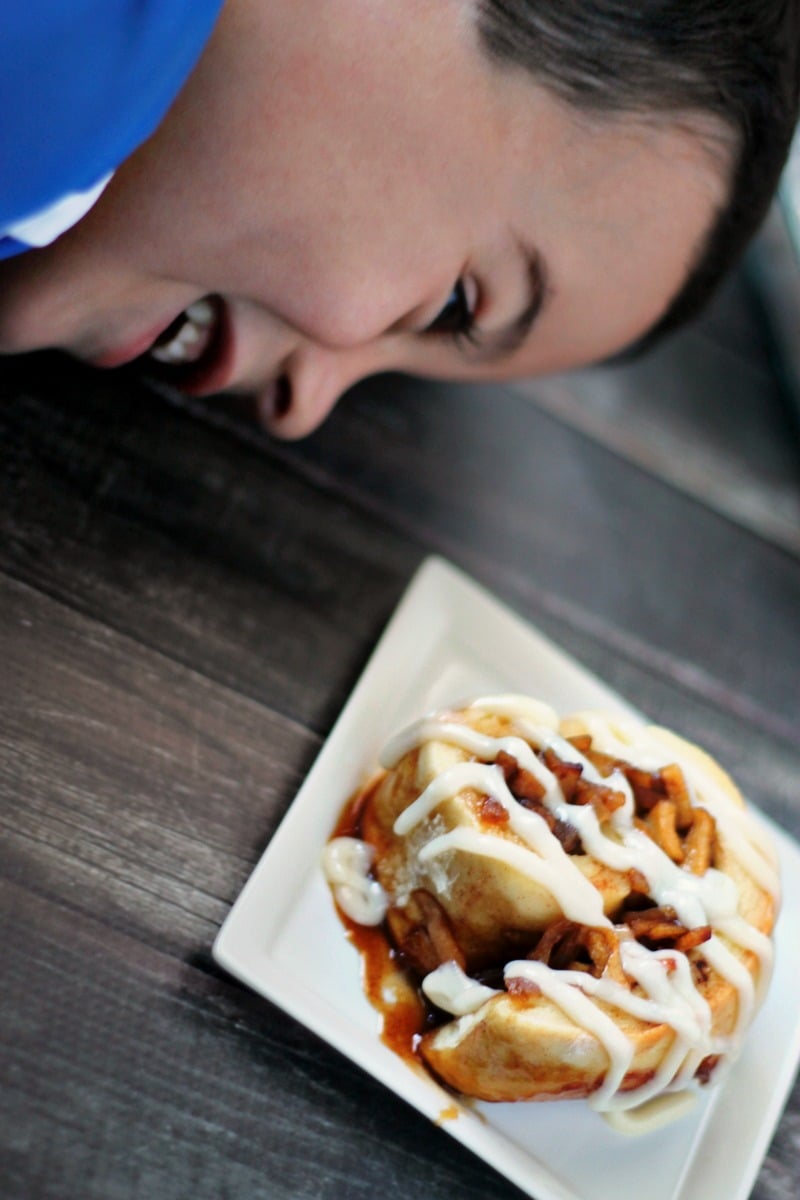 Do you like apple recipes as much as I do?! Check out these other recipes on Domestic Superhero: 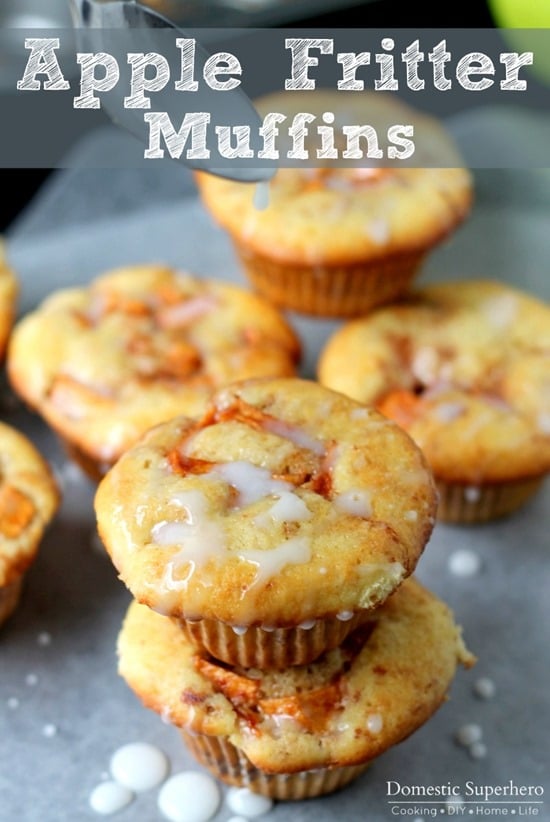 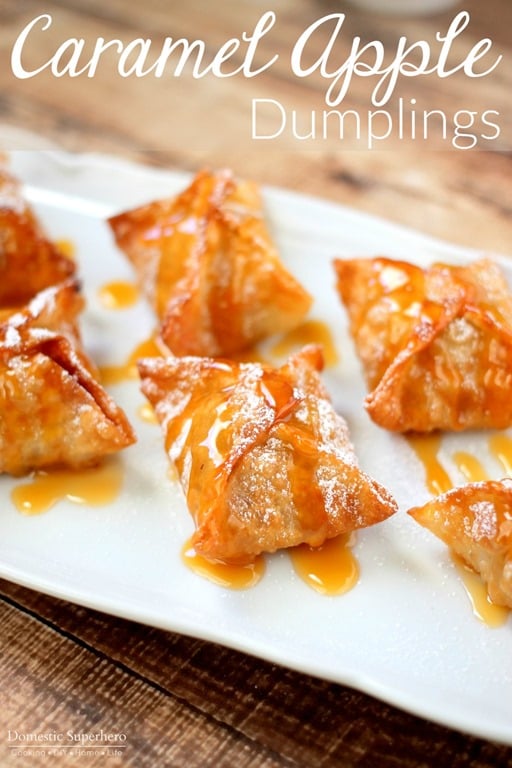 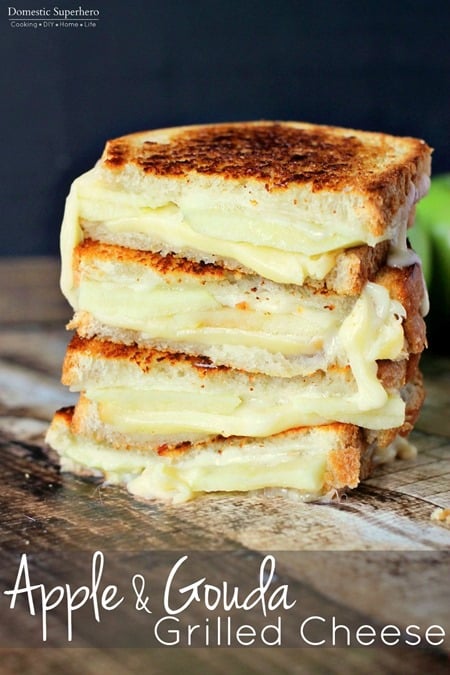 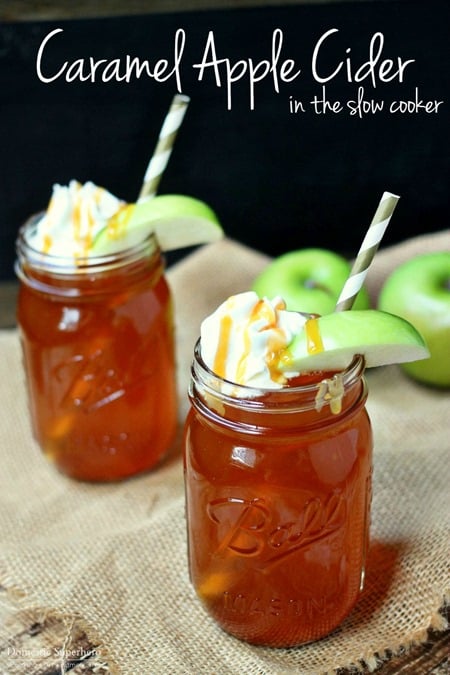