Lately I have been shopping a little more often at Costco, but it is still difficult for me to spend more than 10-20 minutes at a time in there.  I always have my 19 month old son with me, and often he screams until I take him out of the cart seat.  He loves to 'push' the cart around, and usually this would be okay if it were the middle of a random weekday, but it's always after work, or on the weekend, and most people that shop at Costco know just how crowded it can be at those times.  So, a 19 month old pushing a gigantic Costco shopping cart into every display, leg, ankle, and little kid wondering around in the store is not a good idea.  Anyway, so I was telling my friend that I never really get a chance to browse around at Costco and see new things and great deals.  I always know what I need, and I am in and out.  So the staples I always buy at Costco:

Organic Quinoa.  I use quinoa all the time in cooking, and if you haven't tried it, you need to ASAP (go to costco now).  It is a 'superfood', delicious, filling, easy to cook, and really no negatives at all.  If you live rice and other grains you will like it.  It absorbs the flavor of whatever you cook it with, so it is very versatile.  I recently made Quinoa and Tomato Stuffed Portabella Mushrooms and they were delicious.  Anyway, if you have purchased quinoa from other stores, you know it is pricey.  I have seen it at kroger for $8.99 for a 1lb box, at Whole Foods for $14.99 for 1.5lbs.  You can order it off Amazon as well (the same bag is over $17 on amazon), but I still don't see any prices that come close to matching Costco's price.

Portabella mushrooms (or mashrums as some would say...)!!!!  Generally I would never buy produce in 'bulk', but these babies are super cheap and we eat A LOT of mushrooms in our house.  This 18oz package cost $4.99.  That is nearly .28 cents per ounce.  At Kroger (I usually compare to Kroger because that is the main grocery store I shop at), you can buy a 6oz package, of not so good looking mushrooms, for $3.99, which is roughly .67 cents per ounce.  Kroger is 2.5 times more expensive for these bad boys.  I actually wanted to buy like 5 packs when I discovered these, but then I decided to be reasonable and only buy one for the time being....I can always return next week.

Bananas are another good buy at Costco.  They come 8-10 per bag, and cost $1.40-$1.50.  Considering bananas are usually around .50 per lb, it usually cost about $2 for around 6 bananas.  My toddler eats these things like they are going to disappear of the planet next week, so it's a good deal for us.  If you are thinking, "well I can't eat that many bananas before they go bad,"  please see this recipe, and this recipe and thank me later.

Milk!  Another thing my toddler drinks a ton of!  My husband and I don't drink too much milk, but we easily go through a gallon a week with out son.  Costco sells there milk for $1.99 per gallon (prices vary by location), and you do not have to buy it in bulk (you can get just one!).  That is at least .70 cents cheaper than what they sell it for at the other local grocery stores.

Extra Virgin Olive Oil.  If you are like me, and cook a lot, you go through a lot of oil.  It is expensive and that price definitely adds up.  This is one thing that is really smart to buy in a large quantity because it will last you a while, and it's something most people need often.  I have seen prices jump around, but it's always lower per ounce than anything I have seen anywhere else...and it's good too!

If you have a Costco membership, you likely know how tasty their pizza is from their food court area.  It is so cheesy and gooey and delicious, but did you know that you can take a pizza home with you and bake it yourself?  They actually have 2 options.  You can call the food court and have them sell you a premade pizza (baked or not) for $9.99.  It is huge, like 18 inches.  Or you can browse their premade (daily) pizzas in the back of the store in the refrigerated section.  They usually have different kinds such as Pepperoni, Pesto Margarita (as seen above) which is my fav and sooo yummy, also Hawaiian, Cheese, and 256 Meat Pizza (may or may not be an exaggeration).  I like picking up the pizza (prices range from $7.99-$9.99), and then baking it at home.  You eat 1-2 slices of this pizza and you are FULL.  Trust me, try it out.

Their Optical Department is awesome.  You can get an exam for $49 (glasses), or $99 (contacts).  On top of the cheap exam, lenses and contacts are also heavily discounted here.  A few years ago I was wearing a very expensive contact, and it was $30 cheaper PER BOX at Costco than it was ordering at 1800contacts.  Frames and lenses are also cheaper, and the quality is perfect.  They even have designer frames, which are a little more expensive obviously, but no where near the cost you would pay anywhere else.   CBS News did their research and says, "For $49, a licensed optometrist will perform a vision and eye health exam in an in-store exam room. A week later, you can pick up your specs. In a survey by Consumer Reports, 30,000 lens-wearers chose Costco as their favorite optical retailer over vision store chains, independent optical shops, and private doctors’ offices. Costco Optical earned the highest scores for overall satisfaction as well as for price, with its $157 median price for glasses. Compare that price with an average of $211 at independent optical shops, $212 at private eye doctors’ offices, and $228 at Pearle Vision. Costco also stood out for lack of problems, such as loose lenses, distorted vision, or damaged frames in the first weeks after purchase."

Lastly, their photo department.  Prints are only .13 per pictures (sometimes they have coupons, too), and you can load at home and order for them to be delivered or you can pick them up.  They have all kinds of picture services such as calendars, tee-shirts, coffee mugs, blankets, and much more.  I have ordered several things and they are always great quality.

So, that is that!  If you want to shop at Costco these are some must adds to your list!  What do you like to buy at Costco?  Do you have any more great suggestions for me?  Like I said, I don't get much time to browse so I could be missing something great! 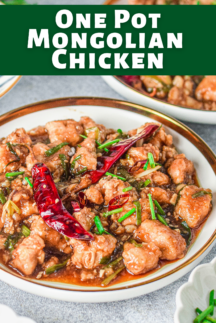