This Copycat Lard Lad's Big Pink Doughnut is a GIANT fried doughnut drenched in pink glaze and topped with rainbow sprinkles! It's delicious! 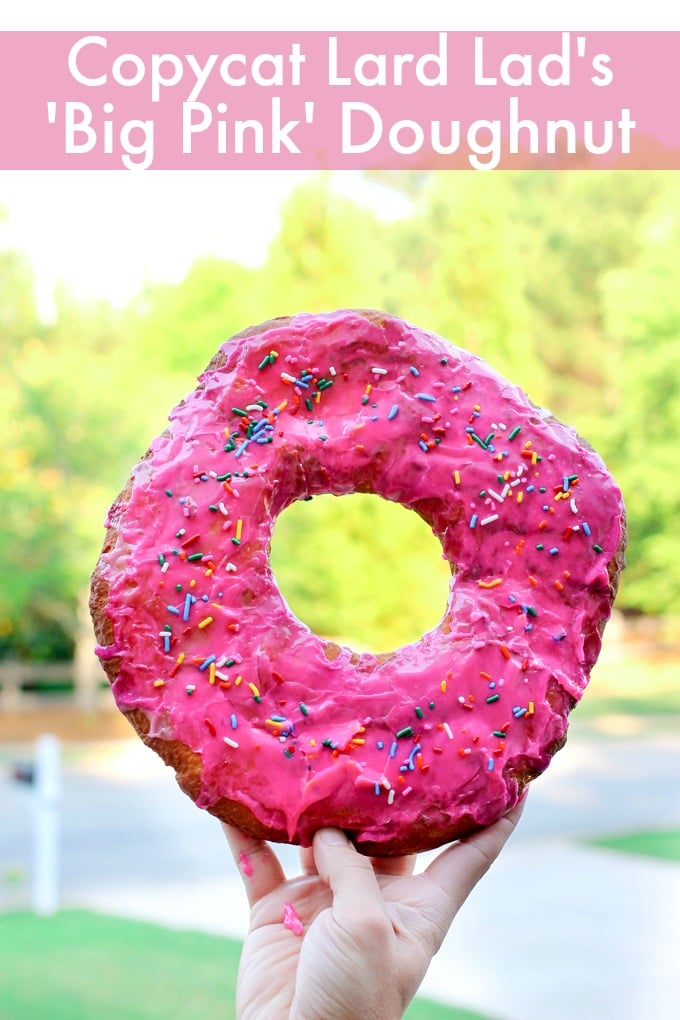 A couple of week's ago, I was lucky enough to sink my teeth into the real Lard Lad's Big Pink Doughnut, which can be found in Orlando Florida at Universal Studios! You may remember Lard Lad's Donuts from The Simpsons, as a place Homer used to frequent regularly. At Universal Studios they have a whole Simpsons area, and we quickly stumbled upon Lard Lads, where we had to try the 'Big Pink'. Thank you Universal Studios for sponsoring this post today, however all opinions are my own. 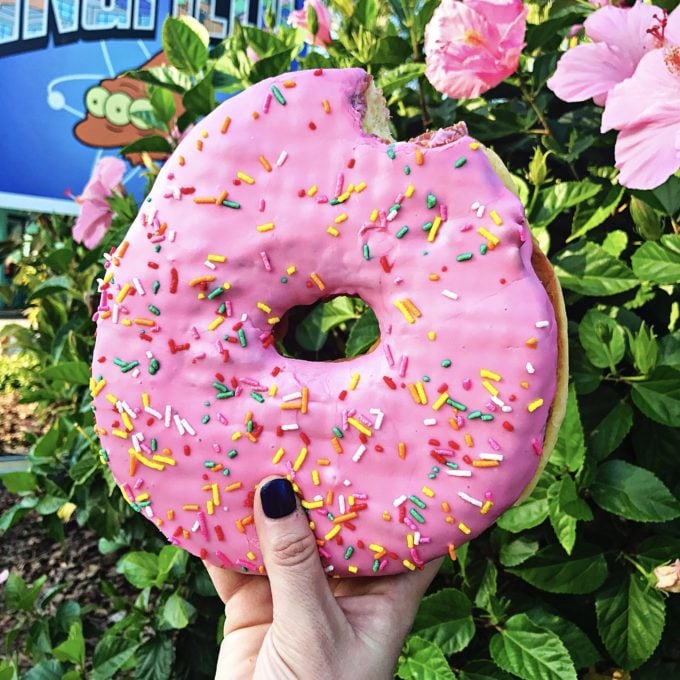 I know my Copycat Lard Lads Big Pink Doughnut doesn't look EXACTLY the same, but it tasted just like it and was majorly delicious (scroll all the way down for recipe)! Of course, what happens when you get a bunch of food bloggers together?! 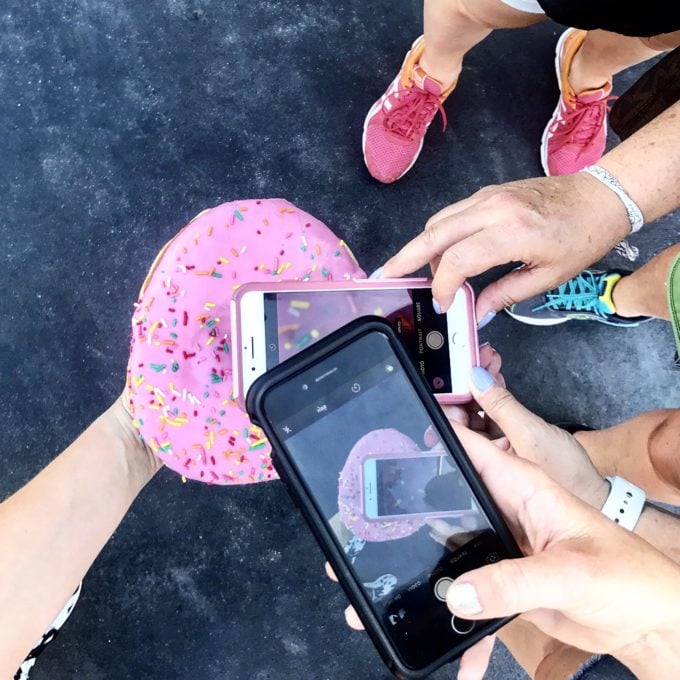 Like I mentioned earlier, I visited Universal Studios with about 13 other blogger friends. It was a great time, and we were lucky enough to visit the parks as well as stay on site at Cabana Bay Hotel. It was such a fun hotel; it had a total retro theme, with all the modern updates! Their pool was so amazing with a waterslide and lazy river, and surrounding the actual pool was sand! I loved that! 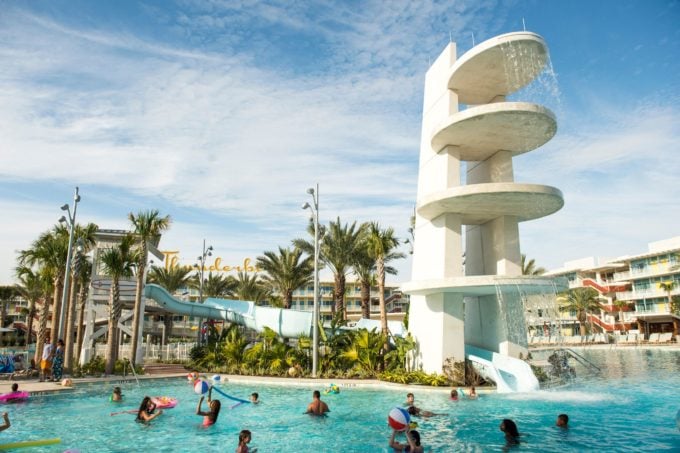 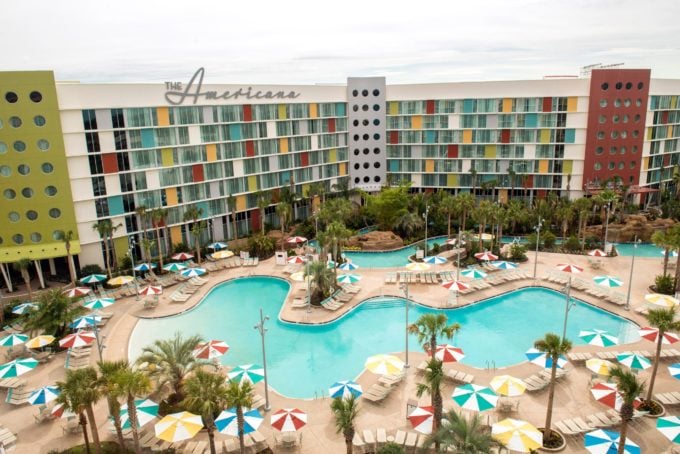 The rooms were spacious suites which accommodated at least 4 people comfortably (and had a pull out couch for more people, too!). 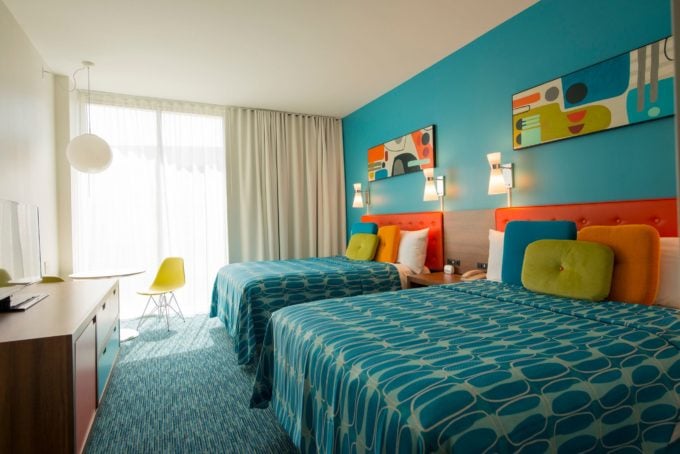 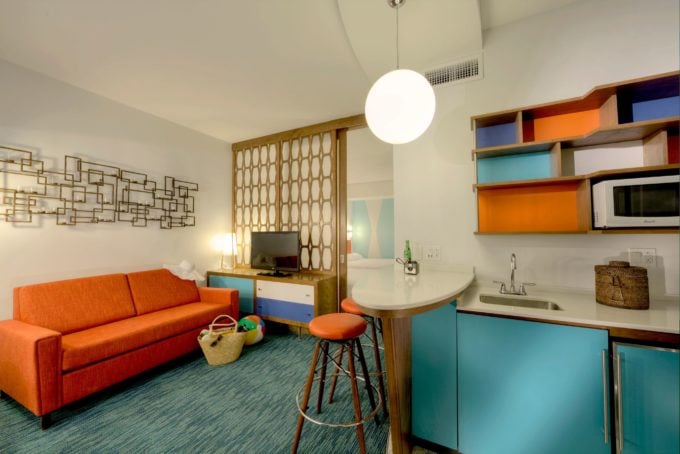 I also loved that they had a diner style restaurant at the hotel, The Bayliner, and they had a lot of tasty options as well as a drink refill cup that you could use the duration of your stay. The Cabana Bay offered free transportation to Universal Studios Park, but you could easily walk as well. It was right next to the City Walk, which is a really cool downtown type of area full of restaurants, shopping, and things to do. We ate at The Toothsome Chocolate Emporium which has delicious food as well as 'freak shakes' which is a shake that is loaded with sooooo much deliciousness! 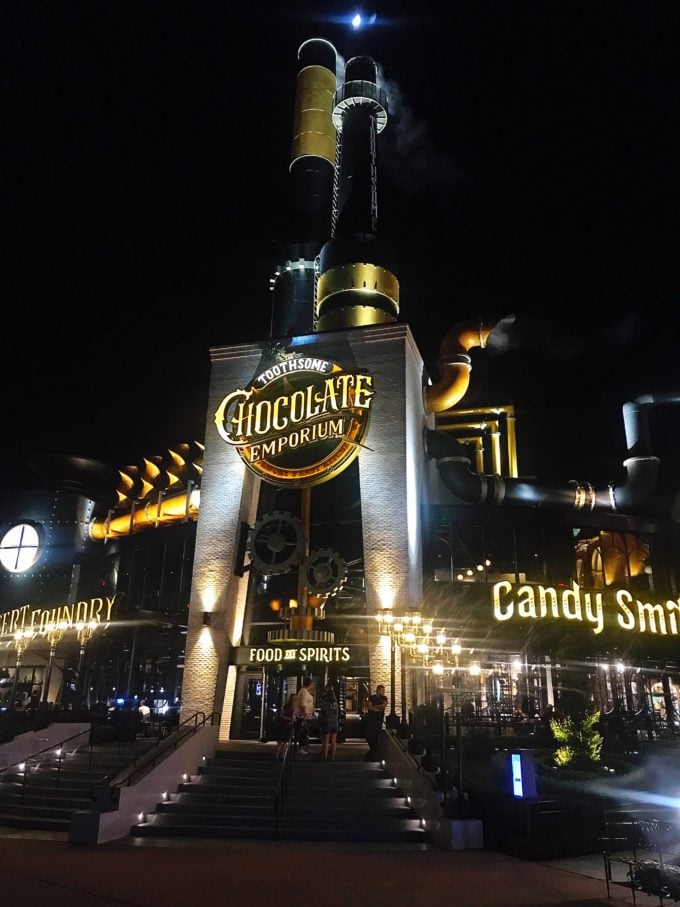 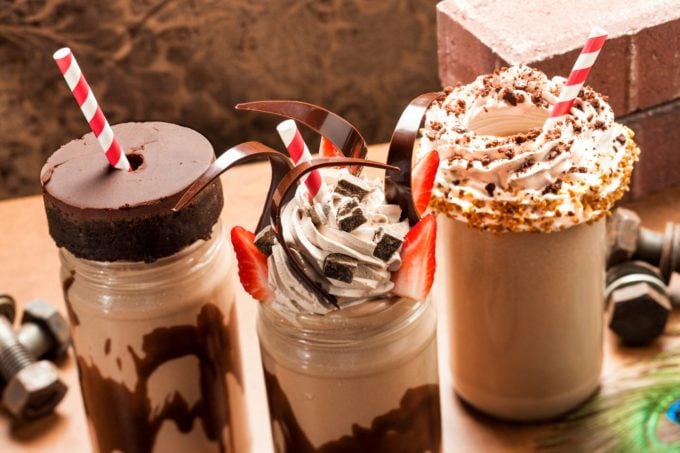 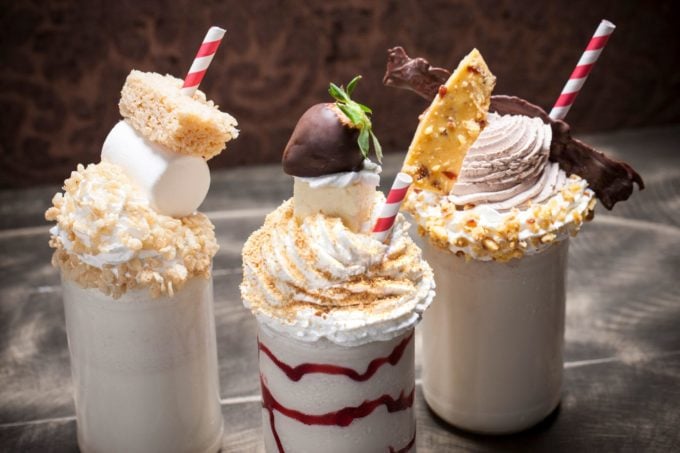 I loved spending time at Universal Studios as well; I hadn't been since I was a kid! It was laid back and they had so many fun rides! I was OBSESSED with the Hollywood Rip Ride Rockit Coaster; it was seriously soooo fun! It's a scary coaster and it's personalized a bit because you get to pick a song to blast in your ears while you ride the coaster!!!! 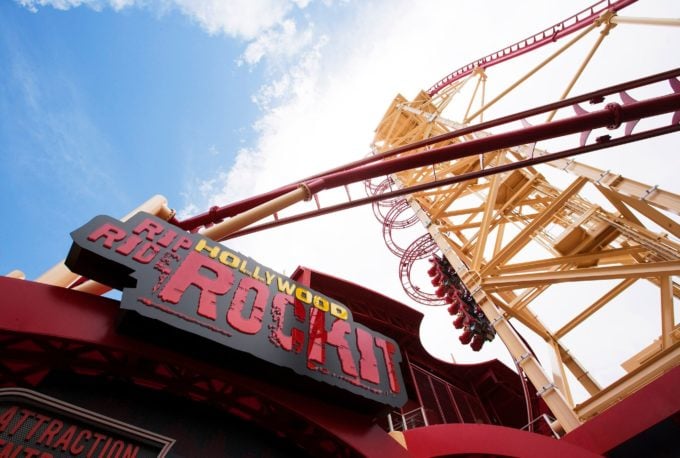 It was such a fun trip and so much to do at Universal Studios! I can't wait to go back with my family! Big thanks to Kia for sponsorship as well! Now for the delicious Copycat Lard Lad's Big Pink Doughnut recipe! 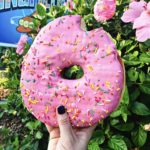 This Copycat Lard Lad's Big Pink Doughnut is a GIANT fried doughnut drenched in pink glaze and topped with rainbow sprinkles! It's delicious!

Author: Allyson
Ingredients
For Frying
For the pink glaze
Instructions
For frying
For topping
Recipe Notes