This shop is part of a social shopper marketing insight campaign with Pollinate Media Group™ and FruitsMax but all my opinions are 100% my own. #pmedia #fruitsmax http://cmp.ly/3/8vNxcO 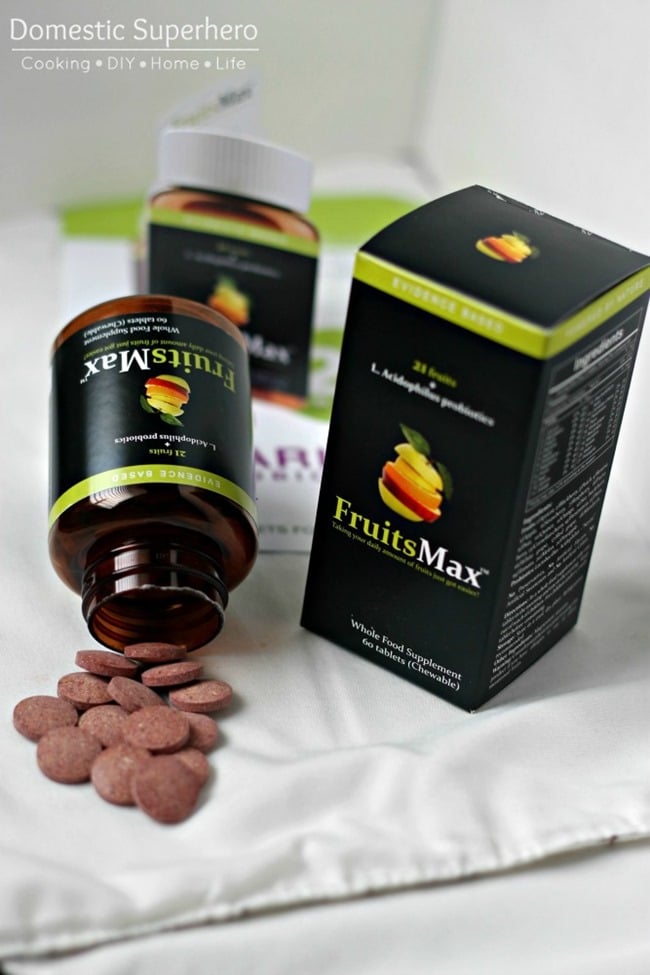 Most of my friends and readers know one simple thing about me and my family: We are a family of vegetarians.  Being vegetarian is our personal choice, but sometimes it’s hard finding better non meat alternatives.  Most people who don’t live a vegetarian lifestyle simply don’t understand how you can get enough protein without eating meat.  Now, I could go on and on and on about what someone can eat to make sure he or she is getting enough protein while being a vegetarian, but I will spare you the boring read.  The truth is, sometimes enough protein isn’t even the main issue, but rather is my family getting enough vitamins and nutrients from fruit?  Let me share a little back story with you….

When I first started dating my husband years and years ago, we were both healthy meat eaters.  I mainly consumed chicken, and a healthy variety of other foods, and Andres (my husband) mostly consumed meat and what I like to refer to as ‘bar food’.  About a month into dating, Andres announced to me that he was going to become a vegetarian.  I laughed and asked him if it was a joke, because lets be real, he ate more meat than anyone I knew.  Whether it be chicken wings, beef nachos, or hamburgers, there was always some meat involved in whatever he was consuming.  However, my laughing was cut off pretty abruptly when he told me that no, he was not joking, and that yes, he really was becoming a vegetarian.  Alright, no big deal, to each their own!

Throughout the next year, I saw him go from eating meat, to mainly eating carbs. Instead of a vegetarian I labeled him a ‘carb-atarian’ (I know, I’m so creative!), and he wasn’t so thrilled about it.  Lets be honest though, when someone doesn’t know how to cook, or they eat out a lot, there aren’t a lot of healthy options for vegetarians.  Eating pasta and nachos on a daily basis doesn’t really do much for your health so slowly, he started incorporating healthier meals into his routine, and would regularly eat salads and homemade black bean burgers.  Eating healthy was possible, it just took a little more effort.  About a year into his vegetarianism, I decided to become a vegetarian as well.  A lot of people ask if he influenced me in that decision, and while he did, it was mainly because I learned more about the process of how we actually get meat from the ‘farms’ to tables, and I didn’t agree with it.  Since I was then a vegetarian too, I started searching for healthier recipes and learning to cook in a better way.

Flash forward a few years later, and now we have a little boy, Austin.  I was so excited when he first started eating solids, knowing that I could influence healthy eating habits from an early age.  I made all of his baby food, and was super excited to try it…. 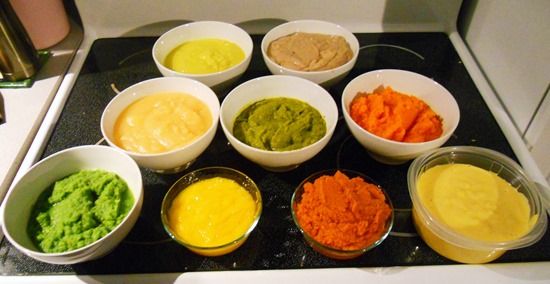 Apples, pears, bananas, peaches, carrots, sweet potatoes, peas, green beans….I had it all, and was totally ready! My baby would be the healthiest eater around!

But when the time came, he refused the goods. I went on to try out all the different types through the next few weeks, and he didn’t like ANY of them.  What was I going to do?  I kept trying over and over again, because you are supposed to let the baby try the food something like 60 times before you give up on it.  Well, we kept trying and trying and he still didn’t like them. We resolved to brown rice cereal and other baby foods such as oatmeal. This would have to do for now.  We kept trying lots of fruits and veggies over the next year, and he did warm up to apple sauce. That was it…apple sauce. BUT, it was better than nothing, so I took what I could get.

Since then, not much has changed as far as his eating habits go.  He is going to be 3 next week, and still is extremely picky. He still loves apples and apple sauce and is crazy about mandarin oranges, which is nice, but he refuses pretty much all veggies and other fruits (sometimes we can get a random pear!).

I shouldn’t say that he isn’t a healthy eater, because he is, but he just does not like most fruits and vegetables. He eats tons of whole grains, proteins, and healthy fats (like whole milk, cheese, and nut butters), but I can’t help but feel his diet is unbalanced.  At one point I was so frustrated that Austin wouldn’t even consider trying healthier foods, especially when he will put a stick in his mouth….but won’t let a strawberry anywhere near it! 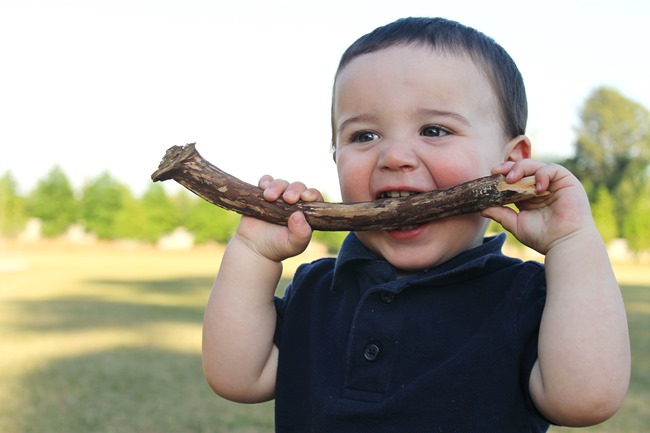 Eating a stick over fruit?! Madness!

While looking for a healthy way to incorporate fruits into our diet (and one that my picky son will actually enjoy), I heard about FruitsMax.  I was intrigued and decided to do some research on it, because it almost sounded too good to be true.  The first thing I noticed was that FruitsMax has no preservatives, no artificial colors and flavors, and it’s GMO free.  This is great considering we are constantly trying to get away from those types of things, but it’s extremely hard with the food we have today. It’s amazing that FruitsMax is a unique combination of 21 fruits and L. Acidophilus probiotics (a special strain of Acidophilus probiotics called “Narine” stimulates the growth of “good” bacteria, and kills the “bad” bacteria that are known to be the root of many diseases). We already take a probiotic so this one product would cut out the need to buy 2 separate supplements!  FruitsMax contains 12 essential vitamins, 11 minerals, hundreds of phytonutrients and a good dose of antioxidants which helps boost your immune system.  It does this because it’s made from only fresh fruits.  Another huge benefit of FruitsMax is that kids can take it!

With FruitsMax in hand, I decided to test the waters….

Now, I am not kidding when I say that my nearly 3 year old actually cries for these because he wants more!  He thinks they are a ‘treat’, which makes giving them to him so much easier than fresh fruit. Hopefully little by little we can start incorporating more fruits and veggies into his diet, but for now I can put aside some of my worries regarding his diet, because I know he is getting so many nutrients from FruitsMax. For me personally, I’ve noticed a big boost in energy and just an overall feeling better since I started taking them a few weeks ago.

This just seems like an easy and affordable way to keep my family healthy and getting all the nutrients necessary. 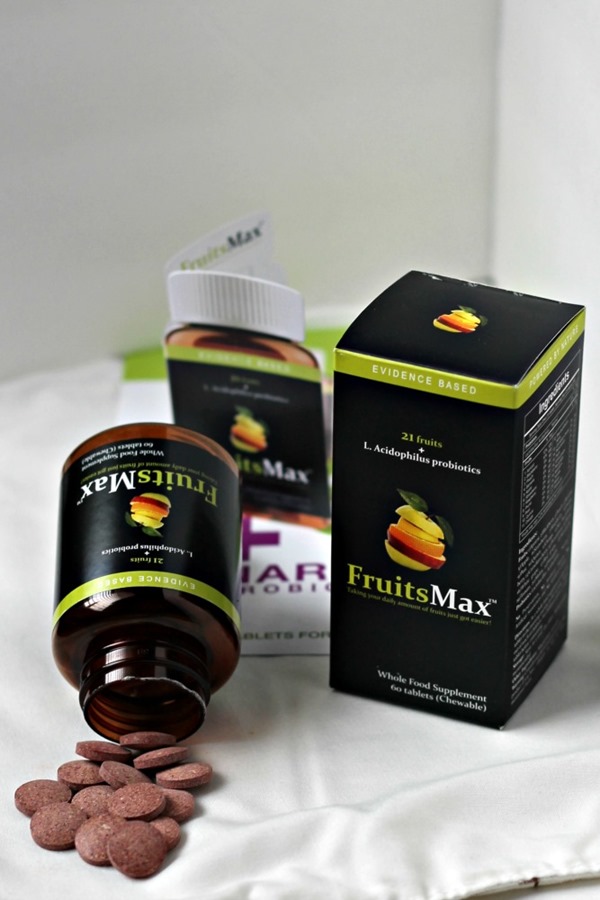 Want to try it for yourself? FruitsMax is giving the first bottle to customers FREE* (all you pay is shipping and handling). If you sign up for their monthly newsletter you will also get an additional 15% off. No promo code required. Offer is available through the online store.

*Taking advantage of this free offer will automatically sign up for a monthly subscription and you will be charged for the product and shipping the next month. However, you can cancel you subscription at any time.

Want to learn more? Connect with FruitsMax on social media 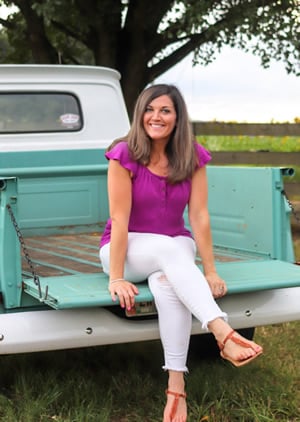